What Is a Confused Flour Beetle? 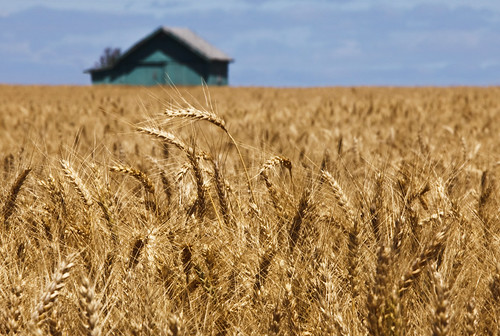 Confused flour beetles are one of the most common pests to infest stored food products. They feed on the dust and broken bits of flour, grains, pasta, and cereal. They usually originate in warehouses where these types of products are produced. The supply chain then introduces confused flour beetles into grocery stores, and they make their way into your home inside the packaging of these stored goods.

Once confused flour beetles have made their way into your pantry, they can quickly move to other foods. If left unchecked, they can ruin all of your stored goods by making them unfit for consumption. Farms and warehouses can suffer catastrophic losses due to the destruction that these pests can dish out during an invasion. When the damage they cause is severe enough, it can cause economic hardship for the farmers and businesses involved.

The extent of foods that confused flour beetles will eat isn't isolated to just flour and grain. They have been known to eat spices, beans, dried flowers, nuts, chocolate, dried pet food, dried museum specimens, and seeds. This makes them a threat to many different industries, and they can be hard to control after they have established themselves in an area. If you think that you might have a confused flour beetle infestation in your pantry, knowing how to identify them will help you determine the best course of action to take to remedy the situation.

Confused flour beetles are a reddish-brown color and range from 3 millimeters to 6 millimeters in length. They have an elongated and flat body with a head, six legs, and antennae. They also have wings that are covered by a protective shell.

Where Do Confused Flour Beetles Live?

Confused flour beetles originate from Africa, yet they are found worldwide in cooler climates. The northern United States is home to these destructive pests. They are naturally occurring where grains are grown, but they will quickly move into the silos and warehouses the grains are stored in and begin to breed in these well-protected places.

Females are capable of laying up to 450 eggs and will lay them in loose food materials or broken kernels. The eggs will then hatch in 12 days or less, and the young begin to feed immediately. After about four months they will have developed into adults and have an average life span of a year, but they have been known to live up to three years.

Confused flour beetles can cause significant damage to grain crops, food stores, and other types of dried goods. When they have infested farms and businesses, they can cause the losses of entire harvests and disrupt any food production that requires the use of grains. Once they have established themselves within the supply chain, they can be unknowingly transported to grocery stores, restaurants, and your home.

When they have successfully made it into your home and pantry, they can contaminate and destroy all of your food stores. This can be financially distressing, since you will have to restock any food that has been lost as a direct result of having confused flour beetles infesting your home.

Eliminating a confused flour beetle invasion starts with removing all contaminated food products from your home. Inspection of your food stores will need to be done to determine the extent of the damage and to ensure that you have removed the threat of another infestation. It's also a good idea to learn how to properly store foods in your pantry and cupboards. Doing so will help to minimize the risk of having confused flour beetles spread when or if they are introduced to your home by contaminated products.

A critical step to take when you are battling against confused flour beetles is to thoroughly clean pantries and cupboards by vacuuming and wiping down all surface areas that were exposed to an infestation. This is to ensure that you have removed as many of the pests or all of the pests from the affected areas. If you can avoid using insecticides to treat against confused flour beetles, that would be best, but as the last step using them in crevices and cracks will work to kill any of the pests that are laying in wait for new food sources.

Confused flour beetles can leave you confused as to how and why all of your pantry items have been ruined. Finding that you have a confused flour beetle infestation can be overwhelming and may require the services of a professional pest control agency. Expert exterminators can provide you and your family with peace of mind when it comes to protecting your home and food stores from pests.