Summer is coming fast, and the creepy crawlies have already begun to wake from their slumber. It's almost like ants take a three to four-month vacation and just when we get used to the idea of not having to deal with them, they come back with a vengeance. Though ants can be annoying, they do serve the environment by helping in the process of decomposition, keeping other insects in check, and offering food sources to other animals.

Though ants can be beneficial, it doesn't mean that you have to endure having them overrun your property or move into your home. The best way to defend against ant infestations is to learn their habits and how they interact with the environment. Once you have gained the knowledge necessary to identify the type of ant and how to prevent and eliminate them, you will be well-equipped to protect your family, home, and garden.

What Are Pharaoh Ants? 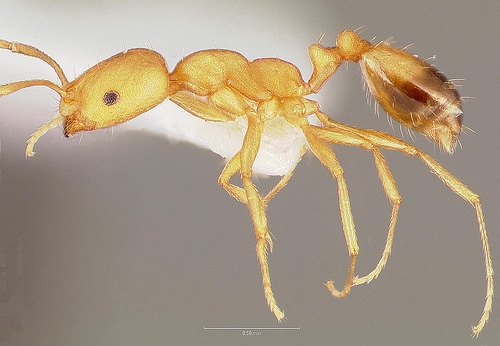 Pharaoh ants are an invasive ant species that reside throughout the entire United States. Their origins are thought to be in Africa, but this is uncertain. Through the years, pharaoh ants were mistakenly believed to be a plague that invaded Egypt during the reign of the Pharaohs. Whether or not they were actually in Egypt during that time, they are currently plaguing The United States.

Pharaoh ant queens live about a year and can lay 400 or more eggs in their lifetime. There's also no determined reproduction season for these ants. They reproduce throughout the year while nesting inside the comfort of heated buildings.

When pharaoh ants determine that their colony has grown too big or they sense toxins are being used to kill them off, they instinctively do what is called budding. Budding is where fertile queens and a group of around 400 ants, including fertile males, will relocate and start a new nest. Moving in this manner makes it very difficult to eradicate a pharaoh ant infestation.

Pharaoh ants are some of the smallest ants, only measuring around 2 millimeters in length. They are a yellowish-brown in color and have black and red coloring on their abdomens.

A pharaoh ant colony ranges in size from small to extremely large. The smallest colonies consist of a few dozen ants, while larger colonies can consist of hundreds of thousands of ants. With 150 or more queens per colony, pharaoh ants have an abnormally large number of fertile queens when compared to other ant species. This aids them in their ability to escape from efforts to eliminate them.

Where Do Pharaoh Ants Live?

Pharaoh ants prefer to nest indoors, and once they have colonized inside a structure, they are remarkably difficult to eliminate. They prefer places where food is regularly handled, such as restaurants, hospitals, schools, hotels, and grocery stores. Pharaoh ants will set up their nests in secluded areas that are warm, damp, and close to food and water. They have been found in furniture, inside walls, and behind kitchen appliances.

Pharaoh ants often travel along utility poles and find their way into homes and other facilities by following electrical lines and other utility lines inside. Once inside, they can set up a nest practically anywhere. Nests can be found in piles of trash, between pieces of stationery, and even in layers of bed linens or clothes. Pharaoh ants will continue to use electrical wiring, plumbing pipes, and other utility lines to negotiate their way through the building and forage for food and water.

The diet of pharaoh ants varies. They typically eat many types of foods, such as sweets, greasy meats, and other insects. When they forage for food, they generally travel far enough away from their nest to protect its location.

Pharaoh ants can bite, but this poses no immediate danger to humans. The primary threat that pharaoh ants pose is their ability to spread many different pathogens, such as Streptococcus, Salmonella, and Staphylococcus.

Pharaoh ants contaminate everything they touch and can be deadly when they have infested a hospital. They have been found in patients' wounds and spotted gathering moisture from sleeping patients' mouths or IV bottles. When you couple the inherent ability of pharaoh ant colonies to spread disease and pathogens with their instinctive budding practices, you have quite an adversary on your hands.

Eliminating a pharaoh ant infestation is difficult and takes a coordinated effort. No matter the size of an infested building, the entire building will need to be treated to ensure that all colonies have been neutralized. This is critical to preventing the colonies from budding and forming more nests outside of a treated area. The most effective method of control for pharaoh ants has become baits. When initializing a treatment plan, indoor bait must be distributed in ceilings, electrical wall outlets, walls, and floor voids as well as at each of the nesting sites and in any areas where they forage.

A professional exterminator will be able to correctly identify the ant species you are dealing with and implement the proper plan to eliminate the pest. If you are fighting against a pharaoh ant infestation, it is highly recommended that you have a professional help you determine how to get rid of the ants as quickly as possible to protect you, your family, and others.

Pharaoh ants are one of the most dangerous ant species because of their contributions to spreading diseases and pathogens. When it comes to protecting your home, prevention may be your best option. However, pharaoh ants are so small that it is nearly impossible to seal off your home so they cannot enter. The most effective defensive action you can take against ants, in general, is to maintain a sanitary home. Clean regularly, making sure that there are no food particles or dead insects attracting these pests to enter your home.

Egypt might have endured a pharaoh ant plague, and so can you.