Argentine ants have invaded countries around the world, setting up massive aggressive nests that displace other creatures living in the area. If you have Argentine ants near your home, you're likely to see signs of their expansive nests.

What Are Argentine Ants?

Argentine ants are native to Argentina, Bolivia, Paraguay, Uruguay, and southern Brazil. However, this invasive specieshas since made its way to the United States, Australia, Japan, South Africa, Europe, and New Zealand. It's believed that coffee and sugar ships from Brazil and Argentina first introduced these ants to the U.S. in the 1890s. Known for their massive nests, Argentine ants are a major pest that you want to keep out of your home. 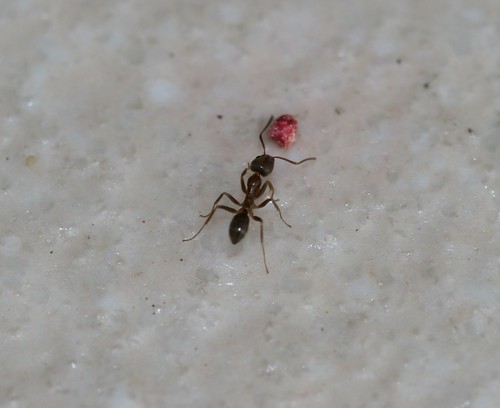 Argentine ants are roughly two to three millimeters long and range from light to dark brown. Their distinguishing characteristics are impossible to see with the naked eye due to their tiny size. However, if you examined an Argentine ant up close, you would find that they have antennae that are divided into 12 segments, a smooth body surface, and low-set eyes below the widest portion of their heads.

The easiest way to identify Argentine ants without a microscope is by the wide ant trails they will leave, which are typically three to five ants wide. When you trace these back to the colony, you'll find a huge number of ants. These colonies contain multiple queens, which may number in the hundreds. For every 15 queens, there are approximately 1,000 worker ants. An established Argentine ant colony is difficult to miss.

Another way you might identify Argentine ants is by the smell. When they are crushed, these ants emit a musty odor. Though you may not make the connection at first, the musty smell around your home could be a sign of an ant infestation.

Where Do Argentine Ants Live?

In the United States, Argentine ants are most commonly found in the southern part of the country as well as California and Hawaii. Less commonly, infestations have been found in the Pacific Northwest, Midwest, Maryland, and Arizona.

Argentine ants prefer to nest outside beneath mulch, branches, wood, or debris. They create shallow nests, with mounds that are just one or two inches deep. If the conditions outside are too dry or cold, these ants will begin seeking shelter indoors. Here, they will look for a moist area that provides a water source. You may find them near water pipes or sinks. Their colonies can number in the millions, so these ants won't go undetected for long.

The primary problem with Argentine ants is their tendency to contaminate food. These ants travel over waste and decaying materials and will bring hazardous contaminants with them wherever they go. If their path brings them into your kitchen, you will have to throw away any food products that these ants get into.

Argentine ants prefer sweet food sources over savory ones. They're often found tending aphids for their honeydew. They will seek out any sugary foods that you've left out in the home. Protein and greasy foods can attract these ants as well. They will take these types of food back to the colony for the larvae and queens to feed on.

These ants don't infest homes as often as other ant species, but they may still travel into your home in great numbers seeking food, even if their nest is established outside. Highly aggressive, Argentine ants will displace any other ant species living in the area. They've also been known to destroy beehives, kill termites, and attack chickens. These invaders are an unwanted presence near any home.

If you're wondering how to get rid of Argentine ants, the best way is to eliminate the infestation with bait. These ants transfer food from mouth to mouth, so poisons will move quickly through the colony. Due to the sheer size of most Argentine ant colonies, it's best to leave the extermination of these pests to a professional. Don't attempt to get rid of an Argentine ant colony yourself. If the ants are only moderately disturbed, they will relocate promptly.

An Argentine ant colony can span entire blocks. Rather than swarming and setting up new nests, as most ants do, this species will mate in the nest and simply expand their existing network. You may find several interconnected nests branching off of the original colony. A knowledgeable pest control professional with the right tools can help you locate the whole Argentine ant colony and come up with a well-rounded plan for eradicating them.

Argentine ants are invaders in many of the countries where they're found. Destroying native insect populations, they can present a serious threat. There are some intriguing facts that you may want to know about Argentine ants.

Most ants create a pheromone trail leading back from food sources, so other ants can find their way. Argentine ants leave trails in both directions. This ensures that other ants won't waste their time following an ant that's already scouting in a particular area, even if that ant hasn't returned yet. This behavior helps these ants forage as efficiently as possible.

They Spread in Summer

After mating, a queen can produce fertile eggs for up to 10 years. These ants can build their colonies quickly and spread very far from their original nest. It takes about two months for an Argentine ant to develop from an egg to an adult. In the summer, new queens often branch off from the original nest, expanding the overall network of interconnected nests.

If you believe that you have Argentine ants in your home, contact a pest control professional today. The sooner you act to exterminate this type of infestation, the better, as these ants will spread quickly.